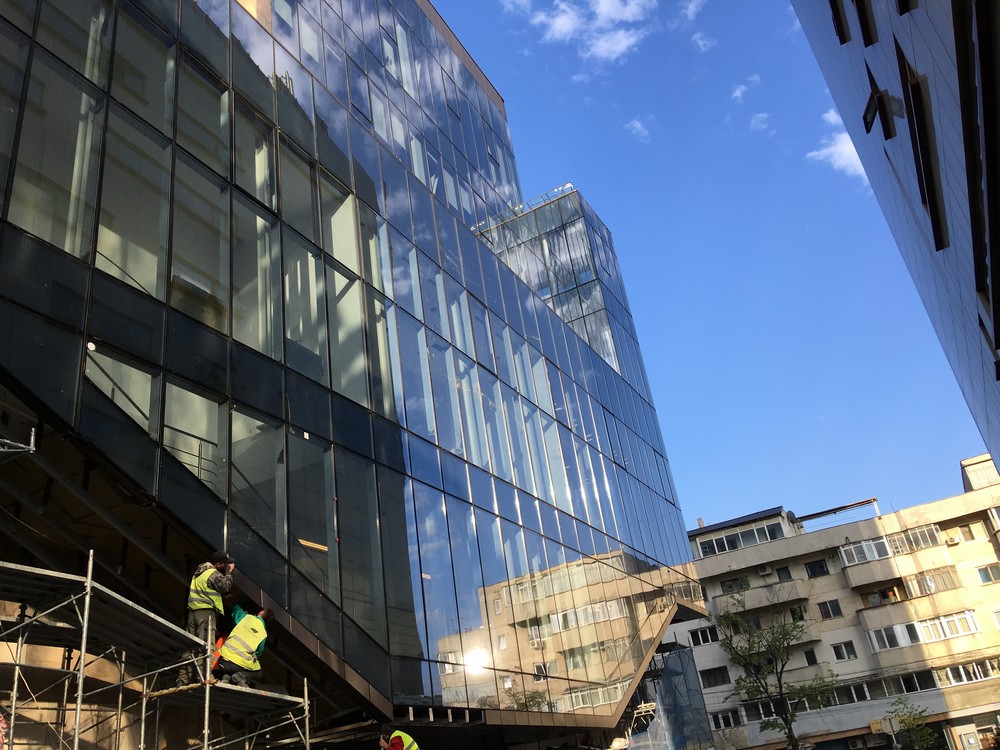 In mid-October, work began on the enveloping of the UBC 06 building, the former Palas Cinema. This is in the process of being transformed into an office building. As in the case of UBC 05, the same facade system was chosen for UBC 06. The major differences are represented by the type of fastening of the structural facade, for this being chosen a fastening system on beams, by welding. Also, in order to comply with the architectural requirements for this building, the heights of the Units over 7m were chosen.

Work is expected to be completed by the end of December.